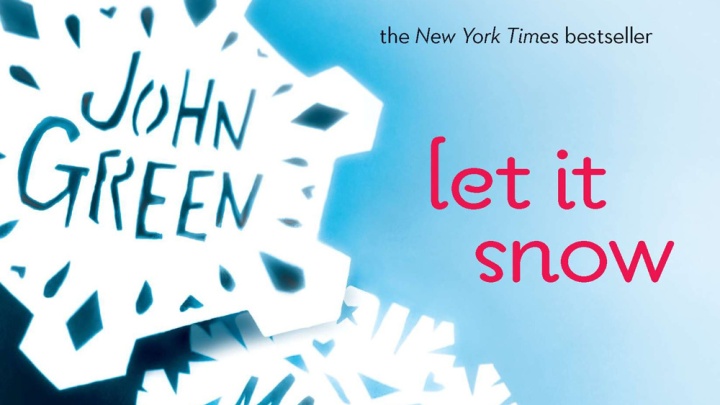 At this point I’ve read all of John Green’s books and enjoyed each of them immensely. I’ve also become a big fan of the VlogBrothers as I slowly make my way through their massive catalog of videos. Despite my age placing me slightly outside of the group’s target demographic, I am proudly a Nerdfighter. If nothing else, it would be hard not to support all the work that John and his brother Hank have done to aid various humanitarian and environmentalist efforts. Following their lead, I even got involved with micro-finance through Kiva this year. So that’s all well and good.

Where things get a little less rosy has been my (admittedly extremely limited) experience with Green’s contemporaries in the young adult fiction space. I quite enjoyed Will Grayson, Will Grayson – which Green co-wrote with David Levithan – although I certainly had a preference for Green’s half of the novel. And when I read it at the prompting of a VlogBrothers episode, I wasn’t all that big a fan of Maureen Johnson’s 13 Little Blue Envelopes partly because I’m widely outside of its intended audience.

None of this stuff is really meant for me. I get that. But I think that one of the great things about YA books – and all children’s books, really – is that they can generally be enjoyed by readers of all ages. When it comes to reading, age is a baseline entry level, not a strict and closing window of opportunity.

ANYWAY. To fill out my Green reading experience – and because I had purposefully put off reading it until the holiday season – I recently read Let It Snow by Green, Johnson, and fellow YA author Lauren Myracle.

The book is essentially a series of seasonally intertwined high school romantic comedies – think Love Actually with adolescents and you’ll get the idea. It doesn’t have the same biting Christmas humor as David Sedaris’ Holidays On Ice but Let It Snow it certainly a very engaging read, and a quick one at that. It’s fun and romantic in that silly and adorable kind of way that only high school stories really can be.

Despite my misgivings after 13 Little Blue Envelopes, I think you could make a strong case that Johnson’s portion of the story is the strongest of the book’s three parts. Her characters grow and change organically in meaningful ways in a very small space – not an easy task for a writer.

Meanwhile, Green’s portion is predictably excellent. His character voicing and narration is unparalleled. If there was ever anyone more capable of accurately depicting the inner workings of the teenage mind, I don’t know who it would be.

And while I thought Myracle’s character development was a bit rushed, her story remained humorous and unique and served as the loose-end-resolving denouement of the whole affair.

So I’ll keep the recommendation simple: if you want something fun, fast and festive, then Let It Snow should be on your list.

3 thoughts on “Let It Snow”