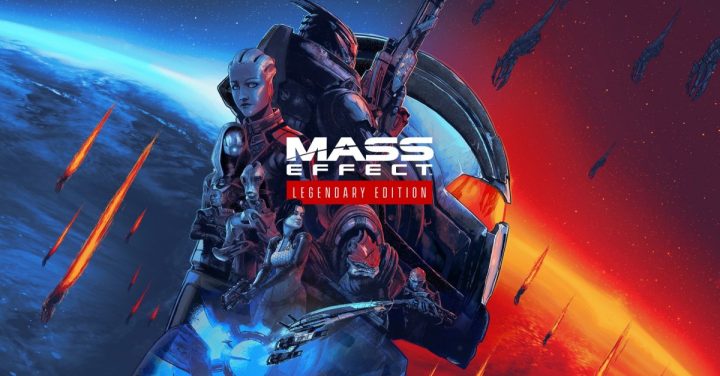 After working a long day, when I’m mentally spent, without the capacity to read or write or watch any of the million backlogged entries in my Netflix queue, my preferred method for unwinding has long been to put on an album that I love and plow through some comfort gaming. I’m all here for new and engaging games, but novelty isn’t comfort. When I need to de-stress, I need something familiar, something that I’ve already mastered and can now simply enjoy. I need one of these games.

I had considered including Final Fantasy X on this list, since that game contains the absolute pinnacle of turn-based JRPG battle systems. But, come on. Final Fantasy VII is the game for me. I have internalized not only its characters and plot beats but also its maps, screens, and menus. When I was a preteen, I used to dream that someday gaming would develop enough that I could play FFVII on the go. It seemed more than I could ever hope. And now, twenty-odd years later, I’ve played FFVII on Vita and Switch and my freaking iPhone. Who says dreams don’t come true?

The durability and longevity of Madden is unmatched. I’ve been playing the game since the N64/PS1 era and even back then a huge part of the game’s allure was that every available team or roster construction offered a vastly different gameplay experience. Do you come from the Peyton Manning school of pocket passers? Cool, do that. Or maybe you’d prefer the excitement of the Lamar Jackson experience? What about a run-heavy, ball control attack? You can do or try any of it. You can use existing teams or reshuffle the entire league or make your own players. For all the media focus on new game modes like Madden Ultimate Team and various story-driven features, the heart of my Madden experience remains Franchise mode, in which you can manage a team—drafting, trading, signing free agents, etc.—in any way that you like. It’s got all the depth and malleability of a great RPG and all the action of an adventure game. Considering the dangers of the real thing, someday, Madden will be all that’s left of football and, honestly, I’m fine with that.

I bought an iPad Mini just to play Kingdom Rush and I absolutely do not regret that purchase in the least. There were tower defense games before and there have been many after, including a long trail of Kingdom Rush sequels and spin-offs but none of those match the simple elegance of the original. The game’s difficulty curve is manageable and reliant upon strategy and planning more than quick-trigger reflexes so that a victorious run can make you feel like a tactical genius. Combine that brief, endlessly replayable game-loop with a minimalist and, dare I say adorable, visual aesthetic and you’ve got an all-time “one more round” game on your hands.

The first Mass Effect is the least technically impressive game to bear that name but it’s also the best. For all the combat improvements that came with each new series iteration—2017’s Andromeda may be imminently forgettable but it has the series’ best gameplay, by far—the world-building and narrative delivery of the original Mass Effect is unparalleled. I’ve explored Eden Prime more times than I can remember—RIP, Jenkins—and Saren’s heel turn gives me chills every single time. The game is just so texturally rich: A perfect sci-fi score tracks the exploration of a universe that feels substantially real while lengthy conversations with your squadmates result in some of the most beloved characters in gaming history. To this day, there are few gaming experiences more satisfying that guiding Commander Shepherd through the Virmire and Ilos missions and all their narrative atmosphere. So yes, I am very excited for tomorrow’s Legendary Edition.

No matter which of the game’s multiple storylines you play, Three Houses is really about the friends you make along the way. And God (Sothis?) help those characters that you don’t befriend because (SPOILER ALERT) failing to join the player’s clique proves to be a death sentence in Three Houses. For all that, looking past the political intrigue and light religious commentary, Three Houses is amazing because it is both finely balanced and easily broken. With the slightest training, the player character—and most other characters as well—can become untouchable warriors, capable of defeating entire armies on their own. And then, having single-handedly devastated the military might of entire nations, you go back to fake Hogwarts where you’re a professor (??) and train up your army, which consists of the other faculty as well as the student body (???). Three Houses, like any Fire Emblem entry, is a deeply weird game. It’s also a lot of fun and strangely soothing.

Odyssey is maybe the most violent game that I’ve ever played for an extended period, with the possible exception of Grant Theft Auto III. And the violence is absolutely my least favorite part of the game. Counterintuitively, it’s also possible to minimize that violence if you utilize the skills of the titular assassin. Sneaking through the shadows and tracking enemy patrol patterns, it’s possible—and I’d say optimal—to play the game without going full Rambo. Setting the violence aside, the brightly colored, richly designed ancient Greece of Odyssey is mesmerizing so that traversing the landscape alone is its own reward. And while the game’s primary story is satisfactory if unspectacular, protagonist Kassandra rivals Commander Shepherd in the pantheon of strong but charming heroes. Every time I think I’m done with Odyssey‘s massive world, it brings me back in and, once I’m there, I wonder why I ever left.

XCOM is a series for gamers who enjoy the strategy of chess but find themselves staring at that checkered board and thinking, “But where are all the hostile aliens?” XCOM 2 tasks the player with building a team of military operatives and then moving them around gridded maps to liberate Earth from extraterrestrial invaders. The result is a multi-layered strategy game that asks you to solve short-term problems while planning for long-term crises. And, because of the game’s perma-death, the prospect of making a wrong move and permanently losing one of your beloved, long-serving soldiers imbues each move with heightened tension. (And encourages save scumming, unless you’re brave enough to play on Ironman mode.) There are few achievements in gaming more brag-worthy than making it through an entire XCOM 2 playthrough without losing a single soldier. Chess should be this fun.