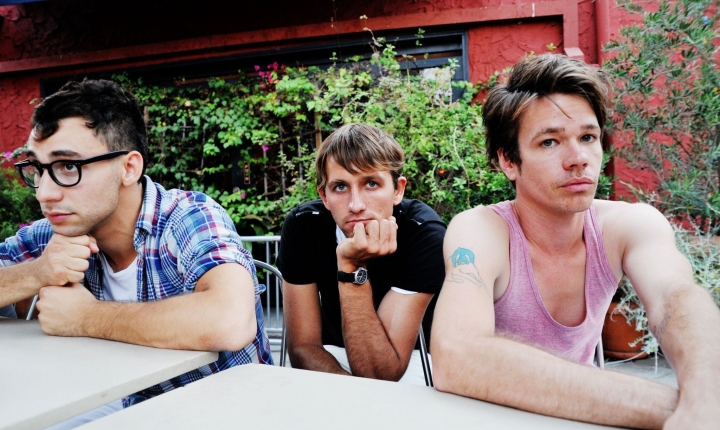 A few days ago, Max Collins—or, as he might put it, the Eve 6 guy—posted a Twitter thread claiming that the band fun. was “hands down the worst band” of the last decade. And, sure, whatever, he doesn’t like Nate Ruess’s voice and he’s seemingly jealous of Jack Antonoff’s success as a producer. If you don’t like a band, that’s cool. Like what you like. But Collins’ argument isn’t actually that he doesn’t like fun. but rather that the band is objectively terrible, which may not accurately describe fun. but certainly does a good job describing the proposed rationale for Collins’ statement. In his own words, here’s why Collins thinks fun. sucks:

Arguing that a band is inauthentic or a sell-out or somehow duplicitous for licensing their work is an exhaustingly tired and worn-out argument. It’s also shallow, amateurish, and self-serving in that it vilifies bands without shouldering the burden of providing any actual artistic criticism. This is a particularly frustrating claim given the messenger: If Collins really felt that profiting off of your music was antithetical to artistic integrity, he certainly could have kept the heart in a blender song locked in his basement instead of signing with RCA Records and releasing it as a commercially successful Top 40 single and then licensing it, and other songs, to a bunch of film and TV soundtracks.

The nuance, if you want to call it that, to arguments like Collins’ is that it’s okay to profit off your music as long as you don’t write that music with the intention of generating profit. Which, look, I’m no supporter of late-stage, extractive capitalism but if your argument for artistic integrity is really an argument against the idea of anyone in music having a job in music then you’re welcome to pull up a seat at the critics’ kids table and chime in when we get to Gal Gadot’s “Imagine” cover. (Spoiler: It’s bad any way you want to judge it.)

If a musician wants to write a song to exercise some internal demons with the sole purpose of personal satisfaction, that’s awesome. And if a musician wants to try to write a song that’s broadly appealing and potentially lucrative, that’s cool too. Or try to do both or neither or something else entirely. Make your art, however you want to make it, and then put it out in the world and let your consumers and critics judge it on its own merits. Because once you release a song/album/whatever, it doesn’t belong to the creator any more, it belongs to its consumers. The idea that creator intent matters in evaluating art suggests that creators are able to achieve what they intend but obviously this isn’t true, because otherwise every band’s next album would be better and more successful than their last.

So sure, Max Collins, go ahead and think that fun. is the worst band of the 2010s. But if you’re trying to convince me, you’re going to need a better argument than “they were professional.”