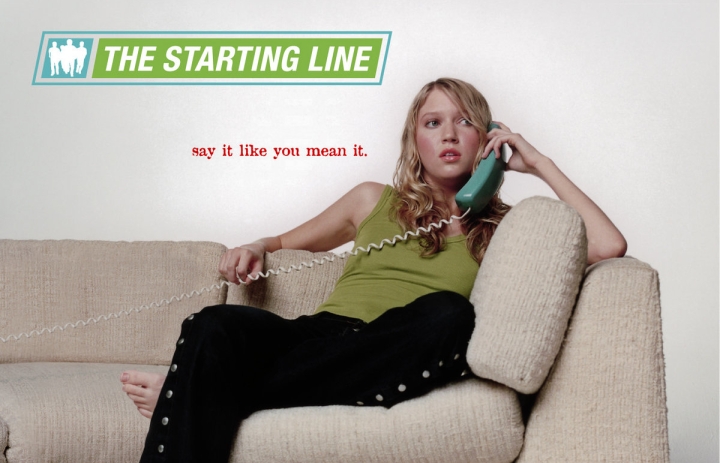 Author John Green once suggested that, despite being irrationally intense and lacking a foundation of substantial life experience, the emotions of the young are no less real than the emotions of adults. I think he’s right. Is it objectively silly to be in love with someone that you met two weeks ago in a high school cafeteria? Sure. Is it even sillier to be utterly destroyed when that not-quite-epic romance comes crashing down a mere two weeks later, this time in a mall food court? I mean, yes, of course. But the silliness doesn’t make the emotion any less real, doesn’t lessen the lived experience of love and heartbreak.

Of course, that realness doesn’t negate the implicit ridiculousness of those situations. More than one thing can be true at once. Case in point: The Starting Line’s “The Drama Summer” is a very good song. It’s also (unintentionally?) hilarious. Lurking near the end of Say It Like You Mean It, “The Drama Summer” is the platonic ideal of a pop-punk acoustic ballad. It’s just Kenny Vasoli out there, playing a surprisingly compelling chord progression and delivering a Grade A melody in his not-too-nasally tenor. This is a good song! But the lyrics, particularly in the bridge, are preposterous. Both things can be true!

I always liked to imagine some emo kid calling his buddy in 2002, crying that his girlfriend dumped him. “Are you listening to that song again?” his friend would ask. “Yes,” the miserably dumped would say. “It’s the only thing that captures how awful I feel.” And then he’d go back to sobbing and his friend would be like here we go again as Kenny Vasoli shouted “Guess I’ll call or see you around, yeah” in the background. Someone make this a movie, already.

But so look, the point isn’t to make fun of the incredibly low emotional bar that Vasoli’s words are describing but rather to point out how well they actually capture a strange subset of emotional experience wherein the utterly mundane takes on outsized importance for reasons that have nothing to do with reason or objectivity. It is possible to feel something extreme without extreme circumstances. That is, essentially, adolescence in a nutshell. And, in that light, I think I have to argue that Vasoli kind of nailed it.

This post originally appeared in the Songs & Stories newsletter, and I’d love it if you signed up for that here.