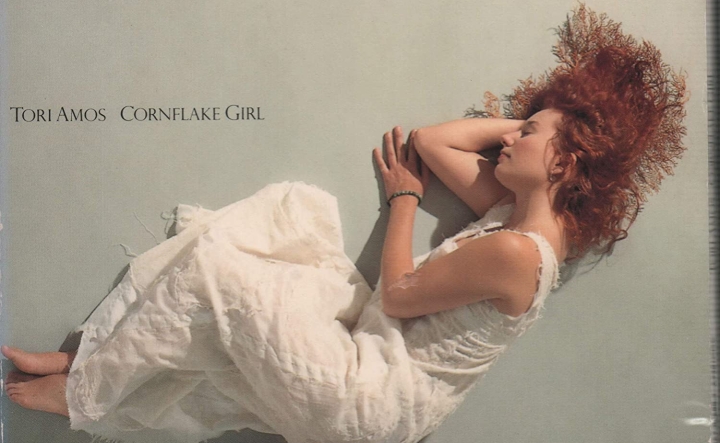 During the year that I was a music major, one of my GSIs used Radiohead’s “Paranoid Android” to teach us about complex song structure. Now, I don’t know if that GSI loved OK Computer as much as I—and, one assumes, the rest of my class—did or if she was just leveraging that predictable love to win our favor, but “Paranoid Android” is a great song to teach complex song structure.

“Paranoid Android” is the result of Radiohead fusing together parts from three songs, a solution that was apparently inspired by The Beatles’ “Happiness is a Warm Gun.” Because of its massive cultural footprint, “Paranoid Android” is often held up as groundbreaking which, sure, yeah, okay, I guess. It’s a great song and it’s weird and it influenced a lot of people, but not only did the Beatles essentially do it first, “Paranoid Android” isn’t really even the first wildly structured pop-rock song to have great success in the ‘90s.

I was going to say that Tori Amos’ “Cornflake Girl” is the proto-“Paranoid Android” but “Cornflake Girl” isn’t proto-anything: It’s perfectly formed and fully developed and absolutely kick-ass. There’s a rich backstory to Amos’ slightly opaque lyrics that invokes gender constructs and the importance of challenging dogma, but for my money, nothing in the song tops Amos’ stop-start pre-chorus of “this is not re—this, uh, thi—uh, this is not really happening” being followed by her jumping off the top rope with a vocal like a laser beam from space as she wails, “You bet your life it is!”

Then, after she’s burned your heart with her power, Amos gets to work messing with your intellectual expectations. We get a verse that includes a whistled melody worthy of Buster Scruggs’ saloon, another chorus, and then the back-half of the song is just Amos getting wild by stacking new parts on top of one another, the most captivating moment of which is guest vocalist Merry Clayton absolutely roasting “the man with the golden gun” who very clearly does not, as he thinks, know so much. Or maybe it’s Amos taunting a character named Rabbit by asking, “Where’d you put the keys, girl?” There’s a lot of great stuff to choose from, is my point.

All of which is to say that Amos is an exceptional talent and “Cornflake Girl” might be her finest work. It’s certainly worthy of being taught to a bunch of pretentious music students who already know that Radiohead is great.

This post originally appeared in the Songs & Stories newsletter with a bunch of footnotes; you can find that version and subscribe here.