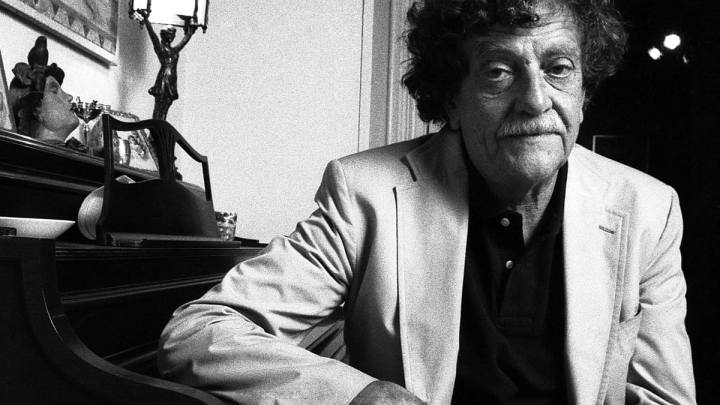 A story about a man hiding a beautiful piece of art in a potato barn—it is a Vonnegut book after all—Bluebeard is filled with a cast of characters who are never quite who they present themselves to be. Rabo Karabekian, an aging, cycloptic painter who sits at the novel’s center is portrayed as a crusty old introvert. Of course, Rabo only begins to find satisfaction when he opens his life and his home (literally) to his friends. Rabo’s one-time mentor Dan Gregory is presented (by Rabo’s mother) as a great man and a better success; he’s a fascist who moves to Italy to better serve his hero, Mussolini. Rabo’s best friend, Paul Slazinger, is a writer who can “only write at home” so, naturally, he spends the majority of his time living at Rabo’s house and giving poor writing advice to Circe Berman who, it turns out, is a much better writer than Slazinger, having published a number of bestselling books under the pseudonym Polly Madison.

As Bluebeard‘s characters twist and turn around one another in absurd and hilarious loops, the narrative delivers another Vonnegut staple: It’s oddly prescient. Of particular note is Circe’s anonymity as she hides behind the pen name plastered atop her books. While the other characters in Bluebeard have deeper truths than their surface appearances suggest, Circe is the only one to have an entirely different identity and with good reason: Polly Madison’s works depict teenage dramatics with plenty of love, sex and drugs. They’re young adult novels. They also whip conservatives into a violent frenzy. (Some things never change.)

While Circe had the foresight and freedom to write anonymously from the start so as to protect herself from the overreacting hordes, that’s not a luxury that every writer can take and certainly not one that can be applied retroactively. It’s that latter item that proves to be problematic as, in a cruel twist, it’s critics who hide behind anonymity these days, shielded by the nameless void of the internet, taunting and harassing from a safe distance, secure in the reality that the very real fear they’ve wrought can’t be traced back to them. And that’s a depressing state that even Vonnegut couldn’t predict: By writing anonymously, people today aren’t keeping their words free of existing biases (well, not most of the time), they’re circumventing consequences.