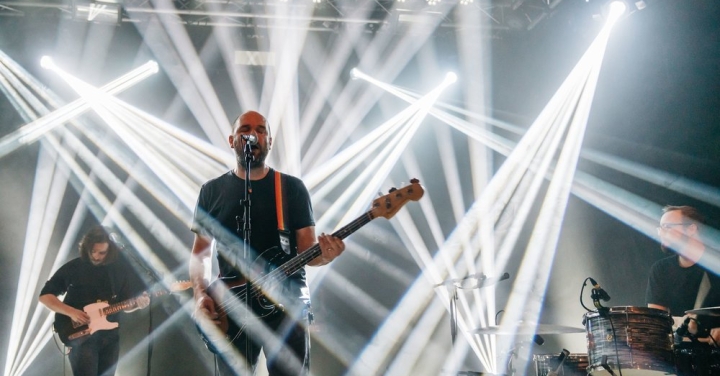 Lately, I’ve been on a quest to sit down and listen to some of the albums that have been recommended to me over the years and that, for whatever reason, I’ve overlooked until now. Without further ado, let’s take a look at three records that are classics for a lot of people and yet somehow totally new to me.

I Like It When You Sleep, for You Are So Beautiful yet So Unaware of It – The 1975

A childhood spent combing through my dad’s albums has left me with a deep and abiding love for Peter Gabriel’s entire catalog. So when I listen to “Love Me”, the lead single from The 1975’s sophomore album, I hear something familiar but not quite satisfying. It’s as though I’m eating a stale Hydrox when there’s an unopened package of Oreos right there; the better cookie being the vast selection of superior Gabriel tracks that I could be listening to. That said, in the moments when The 1975 play to their strengths (and time period) and focus on uptempo, contemporary pop, they’re capable of making something special—to wit, “The Sound” is an absolute bop—which makes it that much stranger that the vast majority of I Like It When is spent in a rudderless middle ground with songs that lack direction and dynamics. Pop music shouldn’t be this boring this often.

Using a rhyming couplet for a title, Apple has somehow crafted an album whose name is even longer than The 1975’s garrulous entry. Thus ends the resemblance between I Like It When and The Idler Wheel; where the former makes an effort to appeal to everyone who might hear it, the latter seems crafted to be enjoyed by precisely no one and is damn proud of it. Apple’s fourth LP is less a pop record and more a carefully crafted piece of performance art that just so happens to have been performed in a recording studio. There are moments of musical brilliance scattered across The Idler Wheel, from the driving outro of “Valentine” to the vocal gymnastics of “Left Alone” and the entrancing counterpoint layers of “Hot Knife”, but often enough the album’s inventiveness hews closer to capital “a” Art than lowercase “m” music. It’s pop music by way of a poetry slam. Considering how difficult and inaccessible this album is, it’s hard to imagine listening to it with any regularity, despite those instances of artistic (if not necessarily musical) genius.

Finally, a manageable title. The simply named Control is not a particularly simple album, though. Instead, it’s a concept album about the emptiness of capitalism and living through cultural institutions such as marriage and religion without actually investing in them. As you might expect, things get pretty bleak. One memorable passage reads,

As the priest got up to speak, the assembly craved relief. But he himself had given up so instead he offered them this bitter cup: “You’re gonna die. We’re all gonna die. Could be twenty years. Could be tonight.”

Fuzzy guitars underlay the muted vocal range of one-man-band David Bazan and while the sonic constructions are never quite as morose as the lyrical content, Control is a cheerless record all the same. And yet I’ve come back to it a number of times because, even with only a few moments that jump out of my speakers and catch my ear, there’s weight to the grist here. Control may be approaching its 17th birthday but the distress that plagues it feels like the here and now.