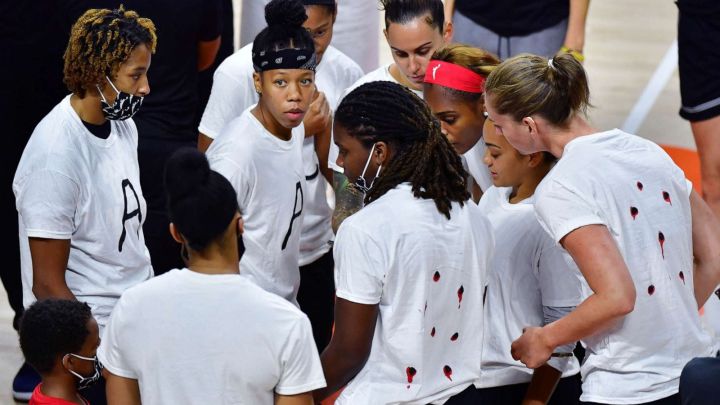 Malcolm Gladwell’s Talking to Strangers introduced me to “Hell You Talmbout,” a magnificent piece of social activism by Janelle Monae and Wondaland Records from 2015. The song is primarily a roll call of Black Americans that have been murdered by the police and that it feels even more prescient right now than it did in 2015 speaks volumes about the state of racism in America. That verse after verse would need to be appended to the song’s end to bring that roll call up to date says even more.

At the time of writing this, the shooting of Jacob Blake is the most recently publicized atrocity perpetuated by the police against a Black American. It’s unbelievable that the gap between when I’m writing this and when it will be posted can reasonably expected to contain more tragedy and yet that is our reality. A reality that Black athletes are taking action to change, led first by the WNBA and the NBA’s Milwaukee Bucks. It didn’t take long for the rest of the NBA and other professional leagues joined the fray. Political activism, including strikes, is nothing new in the word of sports but what’s happening now feels different. As Tyler Tynes explains, this present moment of activism is the continuation of decades of effort but the power and exposure of today’s athletes has created a key inflection point for race in sports. Katie Barnes, articulating how deeply racism is woven into the fabric of athletics, asks a simple question that demands answers: “What are you going to do about it?”