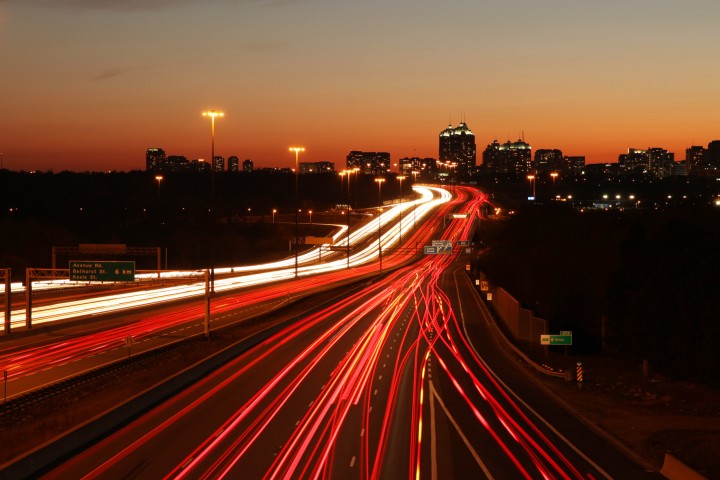 It all happened in a moment. I saw a man crouching on the highway, his back pressed against the half-wall of the median, his arms outstretched in front of him, palms outward in token of peace as the cars rushed by him in terrifying wave after terrifying wave. His face was rigid and still, his eyes wide and dark, bottomless apertures. Behind him, the red and blue lights of a squad car flashed brightly in the snowless winter night. A policeman came up on the other side of the median. The crouching man did not look at the policeman, did not seem to notice the flashing lights or the car or the officer. He was alone with his thoughts and maybe his fears, staring out into the flow of traffic. Cars passed at great speeds, never slowing down. So strange that he should be so still in the midst of all that movement.

The officer leaned against the median, down a dozen frozen feet from the crouching man. He peered over the concrete divide. What a thing to see. How did it come to this? How did that man come to that place, so totally alone, so endangered by all those closest to him? I wonder what the crouching man thought with his back against that unforgiving median. I saw his mouth move but I couldn’t hear what he said. His words joined the debris rattling in the wake of sedans and sport utility vehicles, giving shape to the wind.

Then I was gone. The constant flow of the highway carried me away. I don’t know what became of either of them. How could I? It all happened in a moment.