“It’s not the cold making my legs shake,” sings Cody Bonnette at the outset of “Timothy”, the final, grueling track from As Cities Burn’s sophomore LP, Come Now Sleep. As the song unfolds it becomes clear that what’s making the narrator’s legs shake is, in fact, grief. Across its nearly 13-minute run time, “Timothy” explores the pain, confusion and doubt that Bonnette and his bandmates experienced as they coped with the suicide of their friend, Timothy Jordan II.

Such tragedy is unambiguously grievous but for Bonnette, whose upbringing was conservatively religious, it also presented an existential crisis of faith. With some Christian denominations teaching that suicide victims are consigned to Hell in the afterlife, Bonnette is forced to reconcile strict dogma with hope for the salvation of his friend. The result is an uncommonly moving song whose lyrical and instrumental content cover a broad range of emotion. A frustrated, confused first half bleeds into an extended outro whose serenity is seen most clearly through the song’s final lines. After an instrumental passage spanning several minutes, Bonnette’s lyrics return for a brief bit of closure:

Take me back to where I was before I was born. It’s like sweet and dreamless sleep. It sounds like heaven to me.

Despite the gentle tone and the simple beauty of the language, that’s a somber conclusion. Bonnette’s calm words offer a resignation that existence is pain and that the only relief from that pain is to never have experienced existence at all. It’s an utterly bleak position. Considering that this is how the album ends, I don’t know that there’s much hope to be found on Come Now Sleep—and if there is there isn’t much—but there is something beautiful and admirable about such a brilliant record being so unabashedly and honestly full of pain.

Reading Stanislaw Lem’s Solaris is difficult. The book covers the experiences of scientists aboard a space station as they observe and try to interact with an alien intelligence. Much of the book’s slight page count is spent in scientifically descriptive observation of the alien intelligence, a planet-spanning sentient ocean which defies all attempts at human understanding. Eventually, that alien intelligence begins communicating with the scientists but in an inexplicable way: It manufactures clones of people who have been important to the scientists and deposits them on the ship. In a book most well-known for its depiction of man as being unable to understand a truly alien intelligence, Solaris wisely shines a light on man’s inability to understand himself. It’s a comparison that turns a story of cold science into one that is intensely private and personal.

Dr. Kelvin, the story’s main character, is greeted by the doppelgänger of Rheya, his former lover. It’s a particularly disturbing arrangement given that the real Rheya had committed suicide after Dr. Kelvin ended their relationship. Clone Rheya’s presence becomes unbearable for both her and for Dr. Kelvin and the story probes this suffering and what it means for both parties: Rheya feels trapped in a life that doesn’t seem to be real and Dr. Kelvin can’t accept having a version of Rheya back in his life while also desperately craving her company in part because her life resolves the guilt he feels at her former suicide. 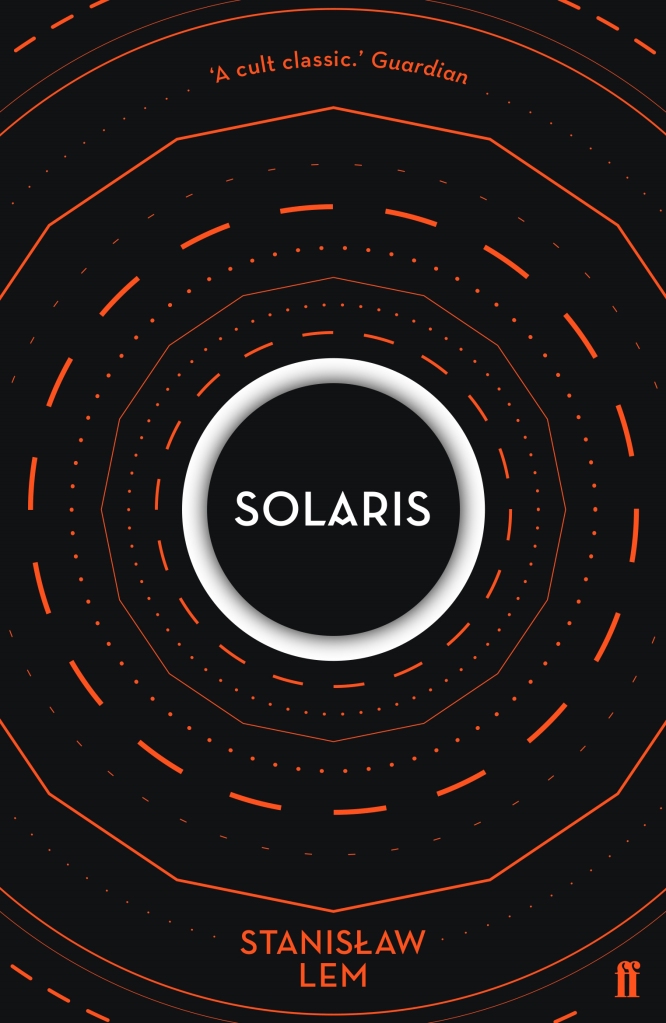 As Dr. Kelvin and the duplicate Rheya struggle to co-exist, Rheya at last determines that she must do what her original once did and so she destroys herself. In the aftermath, Dr. Kelvin, who considered the clone Rheya’s presence both an abomination and a gift, recites one of my favorite ending passages:

Must I go on living here then, among the objects we both had touched, in the air she had breathed? In the name of what? In the hope of her return? I hoped for nothing. And yet I lived in expectation. Since she had gone, that was all that remained. I did not know what achievements, what mockery, even what tortures still awaited me. I knew nothing, and I persisted in the faith that the time of cruel miracles was not past.

That conclusion is dark and miserable and yet weirdly hopeful. As Dr. Kelvin admits that what he has been through is cruel, as he laments pains still to come, he also finds himself hoping that such pains as he has experienced—and the joys that are bitterly baked into them—aren’t at an end. He can only hope that yet another meeting with some version of Rheya, and all the pain and misery and joy that she brings, lies in his future. For a book so devoted to hard science fiction to end with this discussion of faith and miracles is doubly poignant.

For years I have been fascinated by both of these pieces, two seemingly disparate works of art that, at first blush, have very little in common. But now that I view them side by side I see that, for all the disparity of their approaches, they present the same fundamental concern: By approaching tragedy through the lens of an external, nigh-omniscient being—God and a truly alien life, respectively—both worry that it’s impossible to understand a higher, external intelligence. In the absence of a reliable higher authority, “Timothy” and Solaris therefore suggest that the only solution to an existential or spiritual crisis is to look inward, to try to find answers within ourselves. Ultimately, both works ask you to consider what, in the face of unbearable grief, you hope that tomorrow will bring.

2 thoughts on “God and Grief: As Cities Burn’s “Timothy” and Stanislaw Lem’s Solaris”