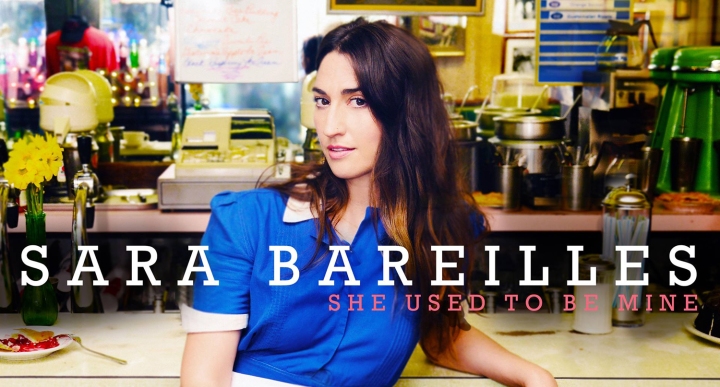 Halfway through Harry Potter and the Order of the Phoenix, titular hero Harry is in need of reassurance. Like a lot of teenagers (and, frankly, a lot of adults), Harry is suffering from a common malady: He thinks he sucks. Because J.K. Rowling knows her way around a plot device, Harry’s lovably rogue father figure shows up to lend some sound advice about the inherent complexity inside everyone.

But what if you’re not living in a novel (or movie) and have no charming ex-con on hand to dispense sage advice? Well, there are worse places to turn than “She Used to Be Mine” from Sara Bareilles’ What’s Inside: Songs from Waitress.

Culled from an album based on a musical based on a movie, “She Used to Be Mine” is sullen and conflicted and triumphant. It is, in a word, complex. And it deals with that inner complexity that is so challenging to face in ourselves, so difficult to square with the constant use of binary labels—your goods and Death Eaters and what have you—that inevitably fail to capture the nuance that makes us who we are.

With a few brief lines in the first chorus, Bareilles confronts the misery of feeling totally isolated in your skin, of feeling inadequate and unworthy. She sings, with beautiful melody, of how dissonant it feels to be many conflicting things at once:

She’s imperfect but she tries. She is good, but she lies. She is hard on herself. She is broken and won’t ask for help. She is messy, but she’s kind. She is lonely most of the time. She is all of this mixed up and baked in a beautiful pie. She is gone, but she used to be mine.

The reference to pie is a mildly clumsy atavism derived from the song’s source material but the rest of those lines, and even the sentiment communicated via pastry metaphor, are essential. (Bareilles’ delicate delivery of “she is lonely most of the time” is absolutely perfect, by the way.) Because, just as Sirius explains to Harry, there is beauty in us even as we doubt ourselves. We are more than the best and worst of our thoughts and feelings. We are what we do and understanding and accepting that truth is necessary for both our growth and our sanity, whether we’re an adolescent wizard or a struggling waitress.

3 thoughts on “It’s Complicated: Sara Bareilles’ “She Used to Be Mine””