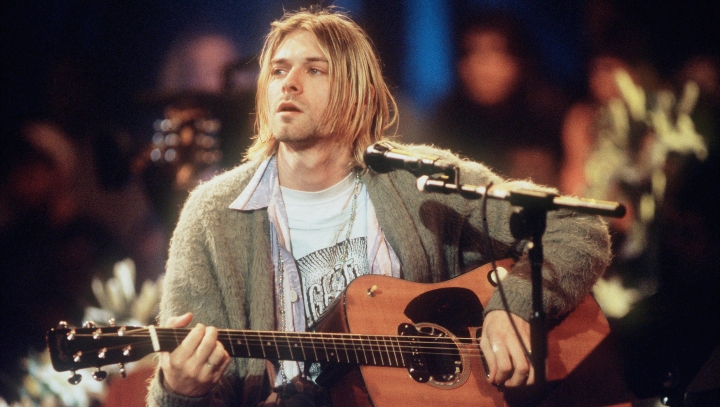 If you play guitar—and often enough, even if you don’t—there’s a good chance you have an acoustic lying around somewhere. Simpler and quieter than an electric, acoustic guitars are the most universal incarnation of the world’s most popular six-stringed instrument (sorry, violists) and perhaps the laziest commodification of that ubiquity is the never-ending trend of bands releasing acoustic versions of otherwise electric tracks.

More often than not these alternate recordings are released as b-sides or bonus tracks but, regardless of the manner of their release, they almost always feel wasteful and unnecessary, versions of great songs that are doomed from the start to be worse than their forebears. And yet, in a few limited instances, the acoustic version is an unexpected surprise, somehow discovering something new in the source material that, against all odds, results in an even better version of a song. Let’s celebrate some of those rare wins.

(Today’s list considers only secondary, acoustic versions of songs by the original artists. It does not include cover songs or those unlikely instances where the acoustic version of a song was released first.)

“No One Else” by Weezer

Before Rivers Cuomo poured all of his deepest and most awkward truths into Pinkerton, “No One Else” was probably the most lyrically personal song from Weezer. It’s a tale of jealousy and insecurity and the type of unhealthy, covetous behavior that is so endemic to the geek culture that Rivers and Weezer came to represent. Putting all of that emotional heft on top of blasting electric guitars works by framing the song as comedic in nature; the only problem there is that, for the narrator—if not necessarily Rivers himself—the song isn’t a joke. It’s honest. And so, in retrospect, this kind of selfish confessional makes way more sense in a bare arrangement where the singer’s vulnerability (and neuroses) can be front and center. Plus, that “ha-ha-ha-ha-house” in the last chorus is so good.

A typical Deas Vail song relies on the weight of electric guitars and bass to contrast and create balance with Wes Blaylock’s nigh-angelic vocals which are almost too pretty to go acoustic. But this version of “Sixteen”, which appeared on the The Side Effect EP as a variant of a track from the band’s self-titled third album, is the best possible formulation of a song whose soaring melodic line and tight harmony are its most memorable parts.

“Stonehands” by Balance and Composure

At first blush, Balance and Composure’s debut record Separation, which was full of aggressively crunchy distortion and Jon Simmons’ ragged howls, doesn’t seem like a strong candidate for acoustification. But a three-song acoustic EP proves that sentiment wrong as each of its tracks makes a case for being better than its electric original with “Stonehands” putting the most distance between its acoustic and electric versions. The song’s original recording is methodical and ponderous, with slowly swirling guitars and a sort of shoegazed-influenced doom rock vibe. It works. But the pacing is such that it feels like it’s already got one foot in the acoustic plane, so it’s no surprise that the reworked version, which showcases the vocal versatility of Simmons and his ability to beautifully harmonize with bandmate Andy Slaymaker, is even more impressive.

“Belgium” by Bowling for Soup

Way back in the summer of 2000, when I was all of 13 years old, I saw Bowling for Soup open for … honestly, I can’t remember. I had never heard of BFS before but since they were a goofy joke band that was both competent at their instruments and had a small amount of on-stage choreography, my adolescent brain thought they were hilarious and amazing. A few weeks after the show, I found a Jones Soda bottle bearing cover of their second LP, Let’s Do It for Johnny!!, which—in the pre-internet wasteland of 2000—seemed incredible. Anyway, a handful of the band’s albums have featured renditions of the song “Belgium”, the best of which is the acoustic one found on their third album, Drunk Enough to Dance. As with Weezer’s “No One Else,” the personal nature of the lyrics is much better served in a delicate, acoustic format.

“About a Girl” by Nirvana

The best track from MTV Unplugged in New York is its potent finale, “Where Did You Sleep Last Night”, which is harrowing to this day. But that was a cover so I’m really just mentioning it here because I love it so much. Each of the few originals on Unplugged are incredible—especially “Come As You Are”—but it’s show-opener “About A Girl” that represents an actual improvement over its original recording. In its acoustic form the song becomes a weird, secretive thing that resonates much more than the generically feverish electric version that spawned it. That the song kicks off one of the most culturally relevant releases of the ’90s doesn’t hurt either.