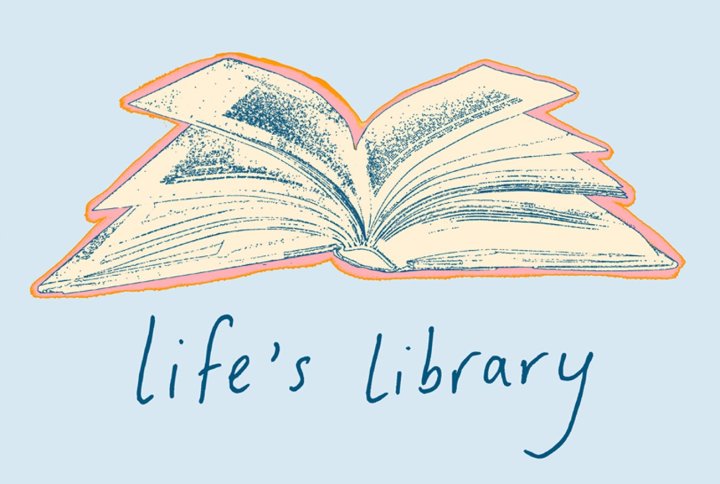 Like any self-respecting Nerdfighter who loves to read and is privileged enough to have disposable income, I signed up for a physical subscription to the Life’s Library Book Club as soon as I learned about it. (For the uninitiated to whom the preceding sentence made precisely zero sense, a brief primer: Nerdfighters are, among other things, fans of John and Hank Green, two brothers who create a whole bunch of stuff. A few months ago, John and his personal assistant/occasional collaborator Rosianna Halse Rojas launched Life’s Library Book Club which is, predictably, a book club.)

Signing up for Life’s Library was a no-brainer. It was also a bad idea, although that’s no reflection on the club or the community that’s risen up around it. The problem, then, was me. Between being a new parent, working full-time, volunteering for a non-profit, chugging through my own endless reading list, the infinite-seeming quest of writing a book and trying to find some amount of free time to spend with my wife or even relaxing on my own, I simply didn’t have the available resources to commit to yet another project. That I’m an old enough millennial that I never really feel at home in online communities—a fundamental part of Life’s Library—only made things worse.

And so I cancelled my subscription. It was the right thing to do. It also sucks and brings with it the guilt of quitting, a nagging sense that, if I were only a little more motivated or ambitious, I may have been able to make it work, to fit one last thing into my overflowing schedule. But that’s a lie. It’s a lie willed into existence by societal factors that reach well beyond the scope of my reading lists and which have consequences far more significant than my leaving a voluntary book club. Because here’s the thing: Walking away from something that’s not working for you, especially if that thing is voluntary, is okay. Not every offer needs to be accepted, not every opportunity needs to be realized. Every possible thing doesn’t have to be done.

I’d do well to remember that.