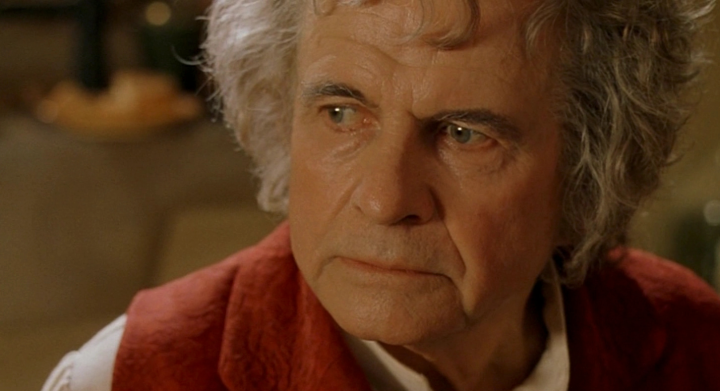 J.R.R. Tolkien was an academic with a vibrant interest in storytelling traditions and, because it was a lot easier for 13th century bards to remember rhyming stanzas than one long string of prose text, most of those traditions involve stories written in verse or performed as songs outright. Not content to merely translate and rewrite those existing verse stories, Tolkien decided to make up a whole bunch of his own, many of which he scattered throughout The Lord of the Rings as songs and poems.

For all my love of Tolkien’s opus, many of these passages are among my least favorite in the book; they tend to slow down the already glacial pace of the story and add depth to the narrative’s world-building that is not quite commensurate with the time spent reading them. (Though that position is not mutually exclusive to understanding—and appreciating—other positions on the matter.) In any case, even as I try to savor each beloved reading of The Lord of the Rings, when I get to a song, I often find myself speeding through it, trying to get to the story on the other side.

With one notable exception.

During the few days prior to the Fellowship embarking on the Quest, Frodo spends a great deal of time with Bilbo in the old hobbit’s room in Rivendell. Bilbo’s relationship with Frodo may not be parental but it certainly is paternal and in those days, seeing the younger Baggins in the midst of just the kind of adventure that he used to undertake but in which he is now too old to take part, Bilbo can’t help but reflect on where he is in his life and how his advancing age has impacted his perspective. Those thoughts are elucidated as he sings “I Sit Beside the Fire and Think,” two stanzas of which absolutely destroy me as I enter my mid-thirties as a father whose mortality has never seemed more real:

I sit beside the fire and think
of how the world will be
when winter comes without a spring
that I shall ever see.

I sit beside the fire and think
of people long ago,
and people who will see a world
that I shall never know.

I was young when I first read The Lord of the Rings and lines like this, that are both beautiful and terrible, had no impact on me then. But I’m no longer young and it is no longer lost on me that someday I’ll do many things for the last time, including reading this story. I can’t help but wonder how many readings I have left.