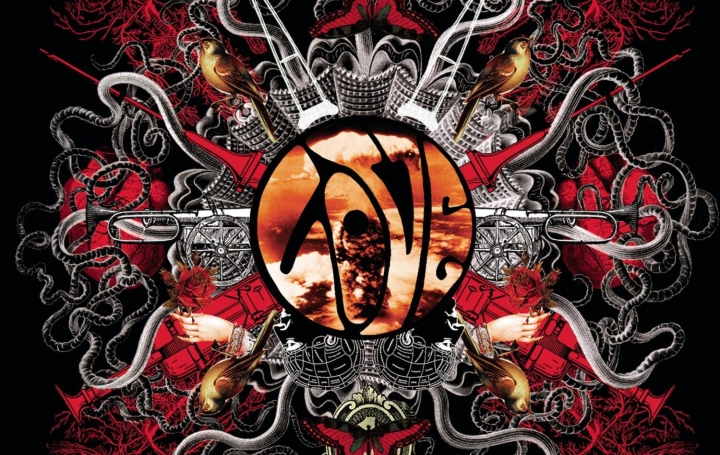 The Queue is a recurring feature in which I discuss some of the music that I’ve been listening to recently. This week I examine Green Day growing up and The Juliana Theory going heavy.

The biggest turning point in Green Day’s career was arguably the release of “Good Riddance (Time of Your Life)” as a single, an act that led to the track becoming the class song of every high school graduating class in America. After three albums of radio-friendly punk rock delinquency, “Good Riddance” cut the distortion, power chords and palpable teenage angst in favor acoustic finger picking and string arrangements. It was a massive hit. Having proved that they could succeed without hammering away on sticker-covered Stratocasters, Green Day decided to keep exploring a more thoughtful (read: adult) sound on 2000’s WARNING:. The album opens with the acoustic-but-still-kind-of-rock title track and continues in that vein—or even farther afield, depending on how you want to categorize “Misery”—with first single “Minority” as the only track featuring the sound that Green Day had always been known for. The thing of it is, that new sound perfectly suited them, to the point that WARNING: makes a compelling case for being the best Green Day record.

The Juliana Theory debuted in 1999 with Understand This Is a Dream and all its indie-record-made-in-your-friend’s-basement charm. The band’s sophomore album, 2000’s Emotion Is Dead, was a revelation, exploding past genre standards and into an experimental pop realm that sounds as if Bleed American, No Strings Attached and In Keeping Secrets of Silent Earth: 3 had all fallen into a blender. It was an excellent record with a totally unique style that only a few bands could have successfully executed. Predictably, the band’s next release was subjected to extraordinary scrutiny by fans and critics who wanted to see more of what they had come to love on Emotion Is Dead. Instead, The Juliana Theory underwent another evolution, releasing Love in 2003 as a guitar-forward album that seemed to have as much in common with classic rockers like The Who as it did with scene contemporaries like Brand New. Unsurprisingly, Love was met with unfavorable reviews. But many of those reviews were reflexive and shortsighted; the truth is that Love is a secretly great album. Songs like “Bring It Low” and “Congratulations” offer crunchy, power-rock while tracks such as “White Days” and the haunting “As It Stands” temper that forcefulness with intimate reflection. Wrapping it all up, is “Everything,” a tour-de-force finale that functions as a cascading, wildly powerful denouement to an unfairly maligned record.

One thought on “The Queue: Green Day and The Juliana Theory”