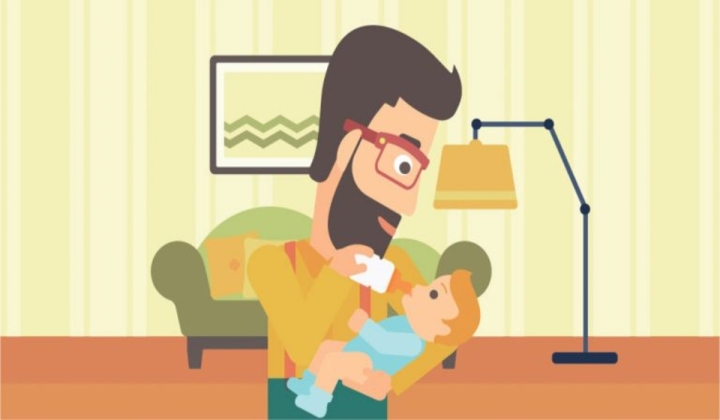 2020 has been a, um, challenging year. There was the massive wildfire that destroyed lives, reshaped entire biospheres and underscored the urgency of addressing climate change at every level, as soon as possible. No, not that wildfire, the other one. There were protests against the racial injustice that is baked into American life, a widespread continuation of the fight for equality that Black Americans have been waging since they were brought, unwillingly, to these shores for the first time, 401 years ago. No, not those protests, the other ones. No, the other other ones. No, the other … well, you see the problem. And, of course, America’s elected officials sat idly by and watched as a pandemic that they knew to be deadly and contagious ravaged America. Then they decided to pretend that things really weren’t so bad and chose not to offer long term help to the citizens that they’re elected to protect. Like I said, a challenging year.

Those global and national items have been hard for, well, everyone. And like, well, everyone, Caitlin and I have been battling some personal hardships this year, too. Caitlin’s grandmother passed away in the spring, shortly after the pandemic swept through our community and, as Caitlin is immunocompromised, we couldn’t attend the funeral. That was difficult to bear. As was the case for a lot of working parents, we also endured months of spreading ourselves too thin as the pandemic forced us to work full-time jobs from home while also watching a toddler. (In case that last item doesn’t seem like it’s a full-time job as well, a quick vignette should suffice: One summer day I was watching my son play outside and briefly looked down to respond to a work message. When I looked up I found that he had abandoned his toy rocket ship and was now wearing a big smile on his face, his arm elbow-deep into the exhaust pipe of my car.) And recently we learned that our ten year old dog has terminal cancer. This is, unfortunately, the kind of thing that happens with senior dogs but that knowledge hasn’t made this process any less difficult or emotionally draining.

I am acutely aware that, for many people, these problems are trivial and minor when compared to their own. Over 200,000 Americans have been killed by COVID-19. Thousands have lost their homes and been displaced by wildfires. Black Americans live in a society that treats them, systemically, as less than human. In many ways, Caitlin and I are very fortunate and we know it. But “it could be worse” is an awful phrase. It casts suffering as a competition and implies that we should deny ourselves the chance to emotionally process our lived experiences. In a macro sense, Caitlin and I have been very fortunate in 2020, just as we have been in every year of our lives. But that fortune doesn’t preclude us from the sadness that comes with a loved one’s death or a pet’s cancer diagnosis or from the strain of stretching ourselves far too thin for far too long. Grief doesn’t respect socioeconomic restraints.

But not everything about 2020 is somber. Caitlin is pregnant. We’re expecting our second child, a daughter, to arrive in October. We are very excited. And so I will be stepping away from the blog for October and November so that I can focus on my family. I’ll be back in December to run down my favorite albums of the year and then, after a holiday break, I plan to be back to my regular weekly posting in the new year. Until then, take care of yourselves, dear readers. Just because things could have been worse, doesn’t mean you don’t deserve better.