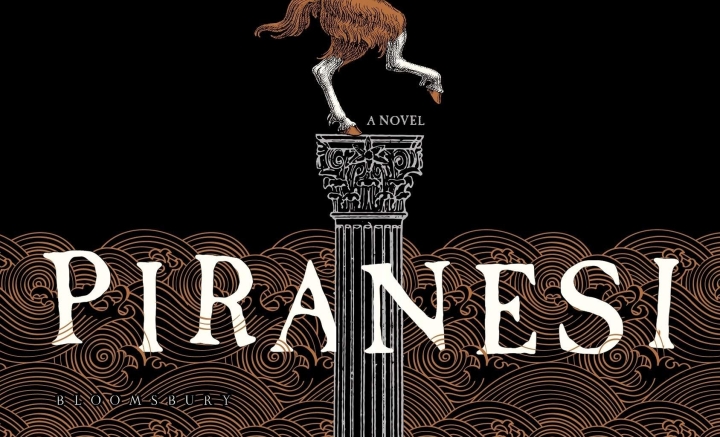 I’ve never met Susanna Clarke, the reclusive British author best known for her massive and wonderful 2004 historical fantasy novel Jonathan Strange & Mr Norrell, and so she can’t knowingly have written her most recent novel, Piranesi, just for me. But it sure feels like she did.

Piranesi is an epistolary novel told through the journal entries of the story’s amnesiac protagonist. The narrative carries the reader through different planes of existence, winding through a labyrinthine museum that calls to mind Borges’ “The Library of Babel” if the Library’s books were replaced by statues and an ocean kept crashing up through the stairways. Piranesi‘s narrator, just like its reader, must puzzle together the meaning of the circumstances in which they find themselves and at the center of those circumstances is an areligious, pseudo-scientific mysticism that has been discovered, perpetuated and ultimately abused by archaeological anthropologists. People who know me well will understand how closely that list of obtuse adjectives comes to being a complete catalog of storytelling elements that I dearly, dearly love. Fittingly, I have come to dearly, dearly love Piranesi, not only the best book of 2020 but one of the best books I’ve ever read, full stop. (One of my notes from my initial reading simply states, “this effing book.” That about covers it.)

The joy of Piranesi is in experiencing its world and uncovering the mysteries therein, so I won’t risk any further plot summary here. Instead, I’ll say only that Piranesi—a book that tenderly features an albatross, that dives into what it means to be lost in your mind and how that compares to being lost in the world, a book whose prose is magnificent and whose voicing is perfect, a book that I can’t stop thinking about, and a book that makes for a surprisingly swift read, its 272 pages feeling microscopic compared to the 782 of Jonathan Strange—is probably a book for you. How do I know? Well, you’re here aren’t you? So either you’ve come looking for news of Piranesi or you’ve come for my opinion on yet another book; the result, in either case, should be you picking up a copy of Piranesi immediately and cracking open its cover tonight. My apologies if you had other plans.