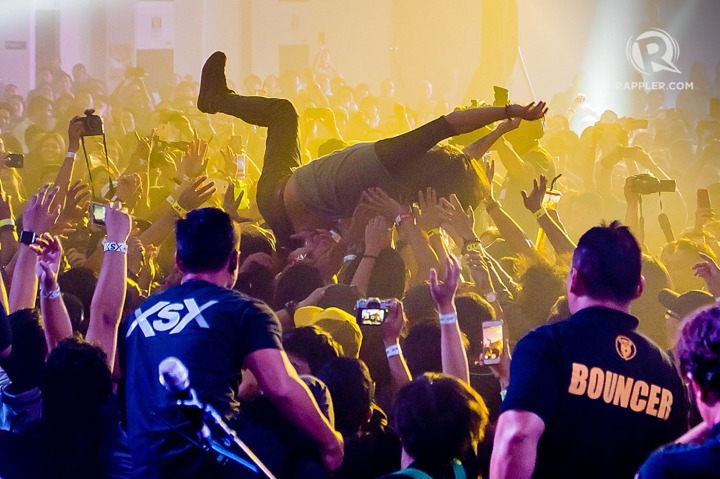 The stereotype says that athleticism and physicality are reserved for jocks, bullies, and meatheads, and that part of the reason that some people elect to be punks or hipsters or whatever is a lack of physical capacity for sport. And, hey, I get it. I and almost everyone I know are deeply tied to that “music is life” culture and, no matter the exact parameters of our personalities, none of us can dunk a basketball or throw a 15-yard out-route or beat anyone in a flat-out footrace.

And yet it would be wrong to assume that this absence of sport implies an absence of physicality. Music can be aggressively, unrelentingly physical. Your average punk has seen as much carnage in mosh pits as most high school football players will see in their careers and any run of the mill indie kid will spend more time pressing up against sweaty people than a power forward learning to post up. (Of course, there’s a decent chance that the punk and the indie kid are actively working to reduce their lung capacities by puffing through a half-pack between each act at the show. I said they were physical, I didn’t say they were Olympians.)

Music is very much about physicality, as either performer or listener. That piece of music has been missing during this pandemic and now, as vaccinations continue to roll out and social distancing restrictions begin to ease up, it’s set to return. I’m excited for it. Terrified too, if we’re being honest. Because, after nearly a year and a half of treating every social situation as potentially life-threatening—which they were!—the thought of getting back into a sweaty, heavily-breathing crowd seems patently insane. But the science says that, once you’re vaccinated, you’re safe. There’s more nuance than that simplification implies, and the base idea is going to take some getting used to, but God knows that I’m ready to yell from the proverbial rooftops with my fellow concert-goers. It’s about damn time.

One thought on “The Returning Physicality of Music”