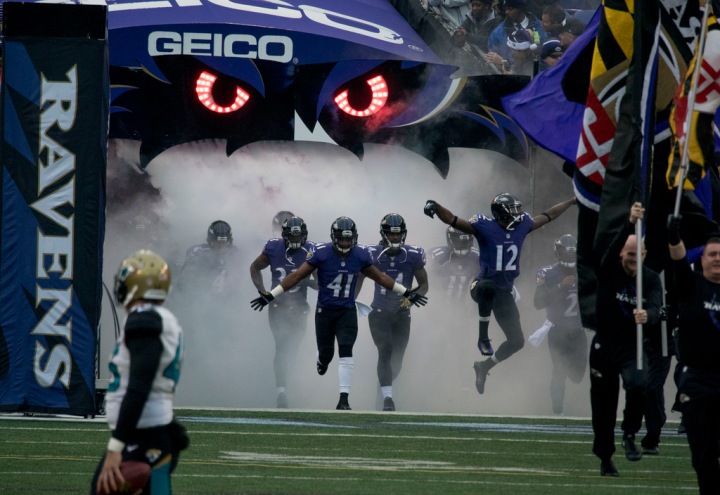 A little after 4pm on Sunday the Cleveland Browns lost to the Pittsburgh Steelers, plunging them to the NFL’s second-ever 0-16 finish. The loss would have been soul crushing if only there had been any souls left to crush in Cleveland. Bad as the Browns season finale was, though, it wasn’t the worst of the day. There’s a strong case to be made that the Browns reached a new level of misery on Sunday but the drop from 1-15 to 0-16 is a lot less dramatic than the fall from making the playoffs to missing them.

Of all the teams with a chance to claim a playoff spot on the final day of the regular season, the Baltimore Ravens entered Sunday’s matchup with the Cincinnati Bengals with the best odds of making the postseason. Per ESPN’s Football Power Index, the Ravens had a 97% chance of making the playoffs on Sunday morning – almost 30% higher than the team with the next best odds – and with the game against Cincinnati winding down, the Ravens seemed to have it in the bag. After trailing all game, they had stormed back to take their first lead of the day late in the 4th quarter. With Cincinnati facing a 4th and 12 at the Baltimore 49-yard line, with 53 seconds on the clock and the Bengals out of timeouts, the Ravens needed just one stop to punch their ticket to the postseason.

You’ve read the title of this article. You know what happens next.