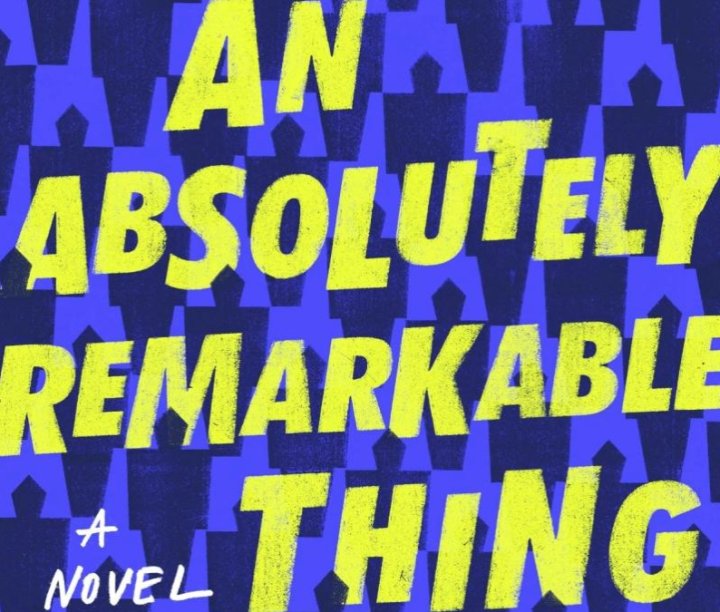 Roughly halfway through Hank Green’s debut novel, An Absolutely Remarkable Thing, protagonist April May steps back from her story of alien statues, cable news blowhards and contagious dreams to evaluate and identify the varying tiers of celebrity. It’s an instructive moment that allows Green to examine his own position in the hierarchy of the famous and it’s also representative of Green’s greatest strength as an author: his ability to cleverly communicate cultural analysis.

The book’s narrative follows the adventures of April after she becomes a viral media star because of a video that she films with a large statue, an interaction that turns out to be (minor spoiler alert!) humanity’s first contact with alien intelligence. For many readers—me among them—those sci-fi underpinnings will be enough to warrant spending 350 pages in the only slightly altered reality that Green presents but even if science fiction is outside the scope of your preferred reading, An Absolutely Remarkable Thing will hold your interest with its honest inspection of fame in the social media age. If you live even a part of your life online, this is a book worth reading as the breadth and depth of Green’s (extremely authentic) commentary on internet celebrity may be unmatched.

Green packages his cultural insight with a cast of characters who, despite suffering from bouts of stiff dialogue, mostly come across as credibly real and knowable. The result is a contemporary semi-sci-fi story that had me turning pages, ravenous to continue, in a way that few books ever do. This may be Green’s first novel but it’s far from the first time he’s considered the strange digital world in which we live so that his expertise and perspective, so cleverly packaged, is itself nothing short of absolutely remarkable.