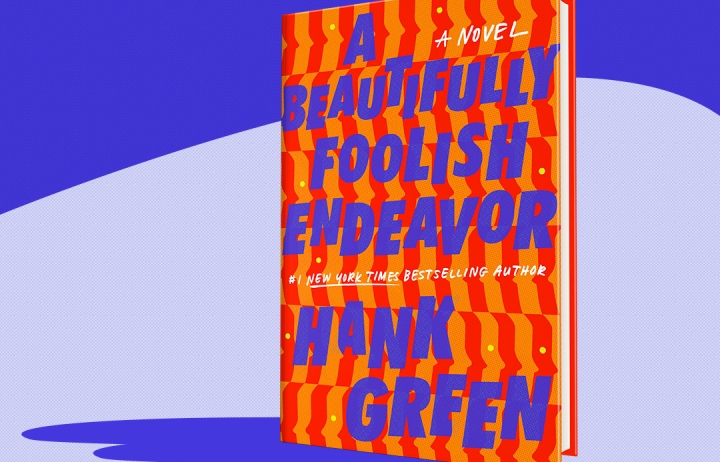 Hank Green’s A Beautifully Foolish Endeavor is a complex story. An alien hive intelligence, the perils of social media celebrity and a talking monkey are among the natural headline fodder of the plot’s explosive adventure. Beyond that, it’s legitimately astounding that Green managed to release a book in mid-2020 that is so keenly attuned to the systemic problems that have become so widely discussed these last few months. The COVID-19 pandemic and the George Floyd protests have underscored deep systemic flaws in American society, flaws that exist in many other places as well, and for A Beautifully Foolish Endeavor to explicitly address many of these concerns shows the depth of Green’s empathy and perception, especially considering that the book was written well before 2020 became the This Is Fine meme.

As with its predecessor, 2018’s An Absolutely Remarkable Thing, Green’s latest book is worth reading not because of its action packed plot (which is engaging!) but because of Green’s thoughtful and well reasoned social commentary. In a moment of startling clarity that speaks directly to many thoughts that I’ve had these last few years, Green confronts the magnetic danger of power:

Power concentrates naturally, but that concentration is, by itself, a problem … The most impactful thing you can do with power is almost always to give it away.

There’s little else to say here, given Green’s ability to present this thesis so cleanly. Rather, I’m left thinking about the society in which I live and wondering who among the powerful is brave enough to give away what they have accrued. Or, perhaps more interestingly, I’m forced to consider what power has concentrated in me and how much of it I have the courage to part with. I don’t yet know the answers to those riddles but Green’s novels made me consider them and, in the the highest praise you can offer a piece of writing, I’m better for it.