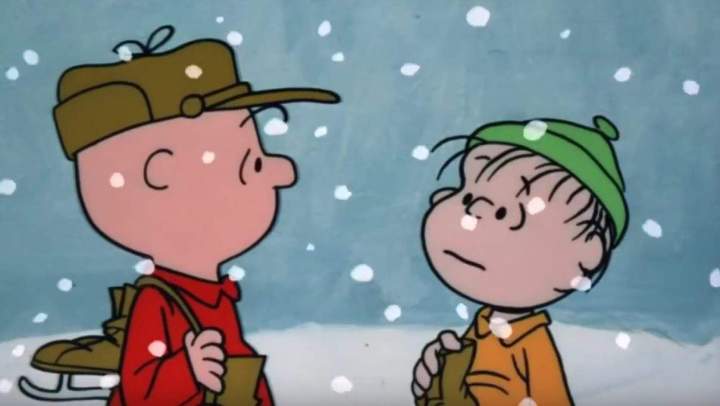 It’s one of the most famous moments in syndicated Christmas special history. Linus, wearing a green beanie and carrying his trustworthy blue blanket, steps to the front of the stage in an empty auditorium. A single spotlight illuminates him as he recites scripture from memory, describing to his best friend, the constantly beleaguered Charlie Brown, “what Christmas is all about.”

I’m not a religious person but I love that moment with all its kindness and patience. It’s the kind of moment that makes you want to be better, to be generous and charitable. To reconsider all the overpriced gifts that are lurking under your tree: emissaries of capitalism’s stranglehold on American life, brought warmly into your home and nestled neatly in its hearth. Linus’ speech makes clear what most Americans already know: Family, love and charity are what Christmas should be about. But what Christmas should be about and what it is about are not the same thing.

Christmas is a lot of things. In truth, an American Christmas is about about consumerism and gift-giving just as it is also about eating snowflakes and all those things that Linus inspires. It’s also about the hilarity that arises when solemn performances are profaned by the imperfect humans that have to enact them, a phenomenon perfectly captured by John Irving in A Prayer for Owen Meany when a Christmas pageant goes completely off the rails in fabulously comic fashion. For fear of spoiling an essential story, let’s simply break out one sentence and leave it here without context:

Only gradually did the Baby Jesus unclench his fists; only slowly did the Christ Child’s erection subside.

So there you go. Christmas is a lot of things. Sometimes it’s beautiful and sweet, sometimes it’s angry and … aroused?