The fast approaching end of 2019 means not only the end of the year but also of the decade. Ten years ago, in a similar situation, I was new to blogging and felt obligated to make clear that my decade-spanning retrospective was no more than one man’s personal opinion. In 2019, there’s no need for such pretenses: These are the 100 best albums of the last decade. Aside from my role in selecting them, this list will have at least one thing in common with last decade’s entrant: I’ll want to change it as soon as I post it. Such is life.

The instrumental post-rock space has become a crowded one but Caspian continue to deserve a spot at or near the top of the genre’s hierarchy. 2012’s Waking Season is arguably the band’s greatest work, combining tender moments of delicacy with massive, apocalyptic crescendos and everything in between. To listen to Waking Season is to make whatever you’re doing feel like it just might save the world.

After a handful of heavy releases as Oceana, the excellently-named Brennan Taulbee and his bandmates rebranded themselves as Polyenso and released One Big Particular Loop in 2013. Instead of hard rock, One Big Particular Loop was the Radiohead album that I had been wanting ever since 2003’s Hail to the Thief. Polyenso captured a relaxed, exploratory rock sound that few bands are capable of pulling off without sliding into boring jam material. There’s a thrill of structured tension running through One Big Particular Loop even as its chill nature is the album’s defining quality.

Cope, with its borderline “none more black” cover and absolutely thunderous walls of distorted guitars that have assuredly been turned up to 11, feels a bit like a real life Spinal Tap record. But instead of hilarious mythic mixups, Andy Hull and company focused on a series of fucked up personal relationships including deaf twins caught in a fire (“Top Notch”) and a suicidal narrator wondering if there was meaning in his friendships (“See It Again”). Cope is a distinctly Manchester record: It’s aggressive as hell and also incredibly empathetic and personal.

Throughout The Format’s run it was clear that Nate Ruess’ ambitions were bigger than his acoustic, indie roots and if Dog Problems and then fun.’s Aim & Ignite were the pinnacle of his classic pop craftsmanship, then Some Nights—the album that launched Ruess and his bandmate Jack Antonoff to fame (sorry, Andrew Dost)—was the zeitgeist-topping expression of his man-of-the-people ethos. Ruess and his cohort may write complex hooks but his lyrics point towards an endlessly-relatable romantic aging into a life that never quite seems to fit.

Ever since seeing them open for Cartel, Acceptance and The Receiving End of Sirens in 2005 on one of the most loaded tours that I can remember, I’ve been a fan of Paramore. But when their self-titled release came out in 2013, my initial response mostly focused on the adolescent playfulness of songs like “Fast in My Car” and “Grow Up,” songs that didn’t do much for my aggressively aging self. As time passed and as I spent hours and hours working on the failed drafts of a young adult novel, songs like “Last Hope” and “Hate to See Your Heart Break” wormed their way into my brain. Paramore remains an overlong, imperfect record but, now that time has put it into perspective, it’s hard not to think that its highs are some of the highest of the last ten years.

Hell is other people, Sartre said. Assuming your’e not an unbearable asshole, that logic doesn’t hold on a personal level but it sure as shit does when you zoom out on the human experience far enough to see the geopolitical strife that is constantly putting innocent civilians into hellish scenarios. Somehow Bobby Darling turned that terrible reality into a humming electro-pop song called “I Had a Dream of a Nuclear Attack” and, tacking on tracks from his great EPs and a few new entries like the memorable “Wtf” and “Black Friday”, put together the understated Travels, an album that asks big questions in a very personal way.

For the third time in this series we must grapple with accusations of sexual impropriety, this time through the accusation of “sexual coercion” levied against Pinegrove singer Evan Stephens Hall in 2017. This story is complex, layered and—as a result of the victim’s extremely reasonable request for privacy—unclear. An excellent piece by Jenn Pelly provides as much clarity as is likely to be gleaned from the situation. While I advocate for the separation of artist and art, Pelly sagely notes that, “Our experiences dictate what we are comfortable with, what we can possibly forgive, and what we cannot accept.” I may be able to recommend Cardinal for the way that it feels intimate—as if it were your friend’s band’s demo—in a charming bit of production that enhances Pinegrove’s already-inviting personality but, as with Science Fiction and The Story So Far, whether or not you’re in a place to enjoy that is entirely up to you.

Three cheers for Eleanor Grace and her radio show, In Frequency, which introduced me to a handful of great albums, including PVRIS’s White Noise, an album I almost certainly wouldn’t have encountered if not for Grace’s intervention. White Noise is an industrious, aggressive pop record that combines thick production and heavily layered hooks with the visceral vocal power of Lyndsey Gunnulfsen. On an album full of absolute bangers, bonus track “Let Them In” might be the best of them all. 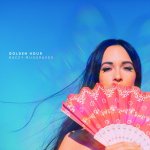 That “High Horse” wasn’t a chart topping hit is a fucking crime. Golden Hour is both Kacey Musgraves’ most sonically diverse record and also her most compositionally consistent. Trading in the mild schtick of her “clever country girl” routine, Golden Hour has no pretensions about what it is which only makes it that much harder to pin the album down with genre labels. “High Horse” is a contemporary disco single, “Mother” is a piano elegy and “Slow Burn” is an acoustic, indie affair. Golden Hour throws genre out the window and is nothing but itself. It’s more than enough.

Sometime in mid-April the sun will rise behind a wrack of scattered cloud tufts, its sudden light striking down on dew drops that will quickly evaporate, leaving the grass warm and fragrant. In an instant, the memory of a long and brutal winter will be forgotten, replaced by the hope and potential of spring. A tang of humidity in the air will offer a brief glimpse of the scorching summer heat that will, soon enough, bake the ground. Young the Giant’s self-titled debut sounds like that.

In early 2012 I was still living on the Oregon coast and a friend of mine called to tell me that killer whales were hunting seals in the bay outside the store where she worked. I drove down the Pacific Coast Highway to see that nature documentary in real life, not for love of the gore but for astonishment at how the world of nature documentaries had somehow bled into my mundane life. By the time I arrived, the whales had retreated back into the Pacific and the seals had crept into other, safer outcroppings. I turned and headed home, blasting the appropriately raucous Karma Never Sleeps the whole way. 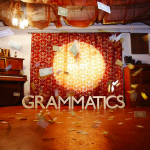 On the heels of 2009’s incomparable self-titled full-length, Grammatics released KRUPT, a five-song EP, in 2010. Picking up where Grammatics left off, KRUPT is an exercise in brawny and cerebral Brit-pop. Fuzzing bass lines and reverb-drenched guitar licks drive the EP forward with Owen Brinley’s distinctly affected vocals weaving in and out of the mix. This is the thinking man’s Brit-pop. Can I get a fucking witness?

The grungy guitars drop an octave and Brennan Taulbee comes warbling in with his quavering, doubtful vocals. “And happiness, it does exist,” he sings, “but I don’t know that this is it.” Oceana’s final release, before their rebirth as Polyenso, is fixated on the existence and elusiveness of beauty. If that sounds bleak, well, it can be, but not exclusively. “Oh God, I feel it, feel it,” Taulbee sings on another song. “No fonder feeling exists.”

In the interest of full disclosure, I’ll note that I have close personal relationships with the members of New Jersey post-rockers gates. Given my connection to the band, there was no chance that I wasn’t going to love their debut EP, and when The Sun Will Rise and Lead Me Home was released, featuring a song titled after a line from The Lord of the Rings (“At the End of All Things”) and one of the single greatest songs of the decade (“In the Morning”), well, yeah, I loved it.

Circa Survive are one of the most talented bands in the post-hardcore genre but they have a tendency to let that talent run roughshod over the structural and compositional integrity of their songs. Blue Sky Noise reigns that talent in and focuses it on a dozen violent, brilliant tracks. Anthony Green’s vocals rightly get a lot of the attention directed towards his projects but every element of Blue Sky Noise is precise and perfectly calibrated.

Raised on ‘90s alt-rock, I’ll always have a special place in my heart for crunchy albums with tight hooks. Microwave’s 2016 album Much Love is deeply embedded in that style. “Lighterless,” hilarious as it is, could have been an MTV staple in 1997 while “Dull” and “Neighbors” provide about as much fun as it’s possible to have with a four-piece rock band. Of course, it’s album finale “Wrong,” with its somber tone and understated groove—much like follow-up single “Keeping Up”—that stick with you the most. 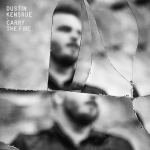 Dustin Kensrue is one of the greatest songwriters of the last decade (or two) as shown in his massive and massively impressive catalog with Thrice. But his solo albums, even including the devoutly religious The Water & the Blood, deserve inclusion in those bona fides as well. Carry the Fire ditches the acoustic folk stylings of Please Come Home and the heavy handed religious imagery of The Water & the Blood in favor of Kensrue’s impeccable take on crunchy alt-rock and understated indie pop. 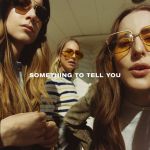 Their harmonies and melodic instincts are the easiest touchstones for hipster-sister-triumvirate HAIM but the band’s best song is arguably “Right Now,” a methodical ballad whose music video was helmed by none other than Paul Thomas Anderson. If “Right Now” is the best exemplification of the band’s soul then songs like “Little of Your Love” and “Want You Back” are the beating heart of HAIM’s uncanny ability to write urgent summer-pop anthems.

Transitioning from post-hardcore frontman to electro-pop solo artist could have been a stretch too far for, well, anyone, but after leaving Tides of Man behind, Tilian Pearson’s mononymous debut as Tilian bridged that stylistic gap by combining post-hardcore songwriting and structures with electronic sounds and textures. It’s a mashup that works surprisingly and wonderfully well. A handful of these tracks—like “Now or Never,” “Ghost” and “Feel It Again”—are instant classics.