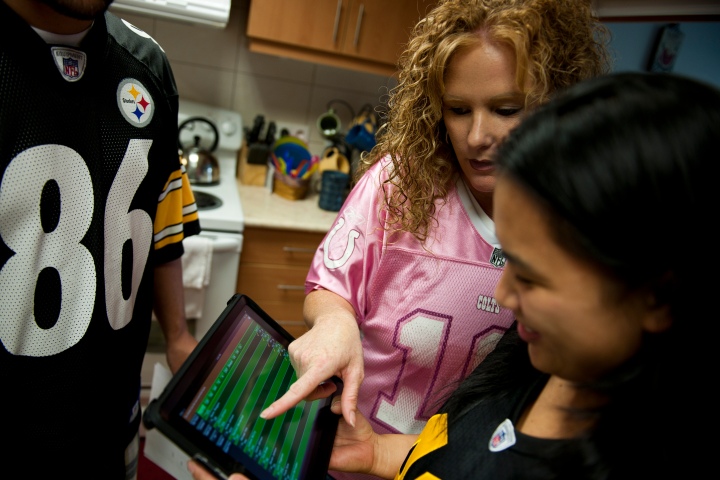 If you score more points than your opponent, you win. That’s how fantasy football works.[note]Unless you play in some bizarro-world league, I guess.[/note] The simplicity of that binary outcome hasn’t exactly made assembling your fantasy team a simple process – for the love of God, look at all these draft strategy guides – but it has obscured what you’re really trying to do when you build your team. Yes, you want to score a lot of points but not all points are created equally. Because of positional roster restrictions,[note]In a standard league you can only play one QB, two RBs, etc.[/note] it doesn’t make sense to draft the top point producer available with each of your picks. If you did, you’d end up with a roster filled with 12 quarterbacks and therein lies the problem. Points matter, obviously, but where they come from matters almost as much. The truth about fantasy football is that you’re looking not just for points, but the points that offer the greatest value.

Most draft strategies try to address this complication by creating rules about when to draft which position – someone somewhere is pounding their table and screaming “Two running backs with your first two picks!” right this very moment – but those solutions are imprecise at best and, at worst, broad to the point of being counterproductive. What would actually be helpful is a way to compare the point production of players across various positions on an apples to apples basis. “But there is no such method,” you say. “The positions were separated at the Beginning and never shall they meet!” First off, calm down. And secondly, The Read Option is here to help: introducing PPGAR,[note]Points per game above replacement.[/note] your new favorite fantasy stat.