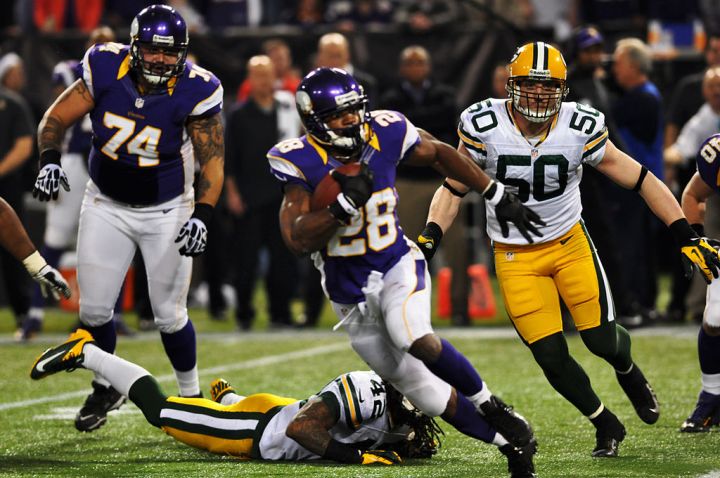 Before I get ahead of myself, I want to give you guys some much deserved love. Adrian, you had the best combination of size and speed that I’ve ever seen at running back. In 2012, you managed to run for 2,097 yards even though running backs were becoming increasingly irrelevant and despite the fact that every single team you played against stacked the box because your quarterback was as intimidating as a loaf of white bread. And that happened when you were coming off a torn ACL! That’s nuts man. You really were the real life equivalent of a superhero – and you knew it, which made the whole thing that much better.

Marshawn. You were tough. You were silent. You loved you some Skittles. Oh, and there was that time that you literally caused an earthquake. And then a few years later you ran over the entire Arizona Cardinals team in a run so amazing that one of your teammates compared it to, uh, escaping slavery? That’s…powerful stuff. If given the choice between being hit by you or a Mack truck, I’d at least ask how fast the truck was going before I made up my mind, you know?